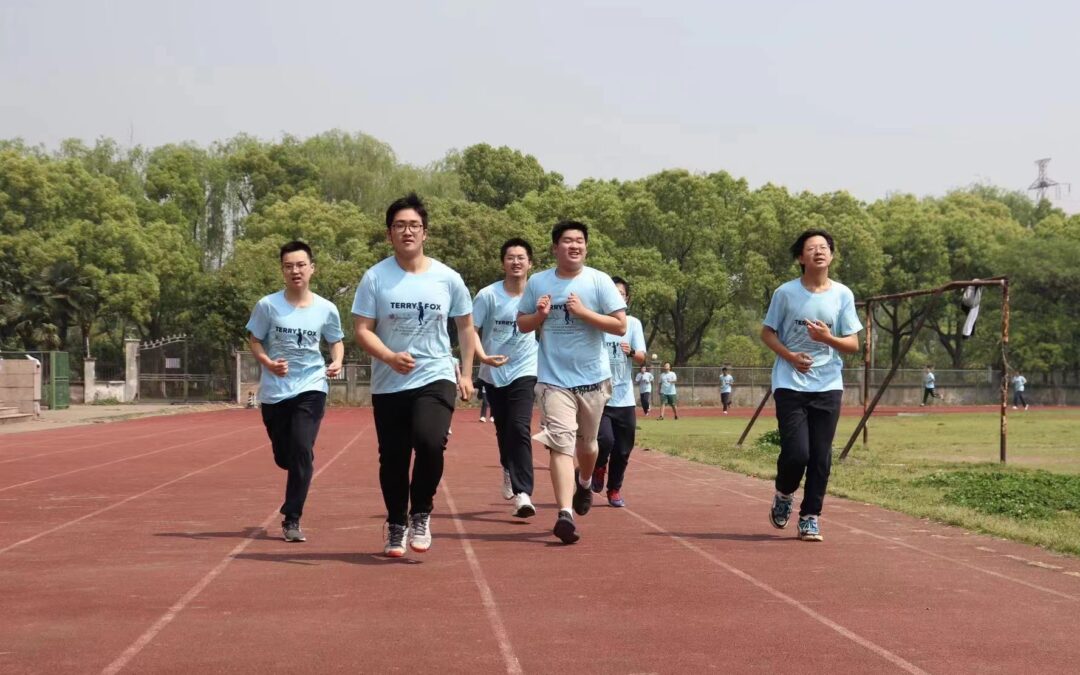 In mid-April, Jiaxing BCOS held its annual Terry Fox Charity Run. This event is to honor Terry Fox and to raise money for cancer research. The event consisted of a relay running race and a group run of 800 meters.

The relay race was divided into two large groups, with two groups of three competing teams running together. Each group sent five boys and five girls, with the girls running first. The race was very intense, and the cheers were non-stop. Team Narwhale was behind in the first race, but when it was Jason’s turn, he picked up the baton and dashed out, like a gust of wind, overtaking his opponents in the blink of an eye, their group gained a big lead and finally won the first place among the three groups. Drake from Team Black Widow said, “I’m so happy to have won first place in this race, everyone in our group worked so hard and it was an honor to be a part of this event. ”

After the rousing relay race, the second event was the Terry Fox long run. After doing a simple warm-up, the long run started. Students who love running took the lead and rushed to the front. They wiped away their sweat and paid tribute to their heroes with their enthusiasm, but some students just ran a lap, the soreness came towards their calves and their breath started to become more and more unbalanced. “We can’t give up!” The students’ eyes looked towards the front, everyone gritted their teeth and rushed to keep up with the others. We encouraged each other, and no one gave up. One of the participants Christina said, “I admire Terry Fox’s self-improvement and continuous progress, I want to learn from him.”

The event ended successfully. Looking at Terry Fox with his prosthetic leg on our clothes, we remember that this was not a simple activity to strengthen our bodies, but a tribute to a hero.