The mission of a pack of chocolate beans: maximizing benefits under sustainable development 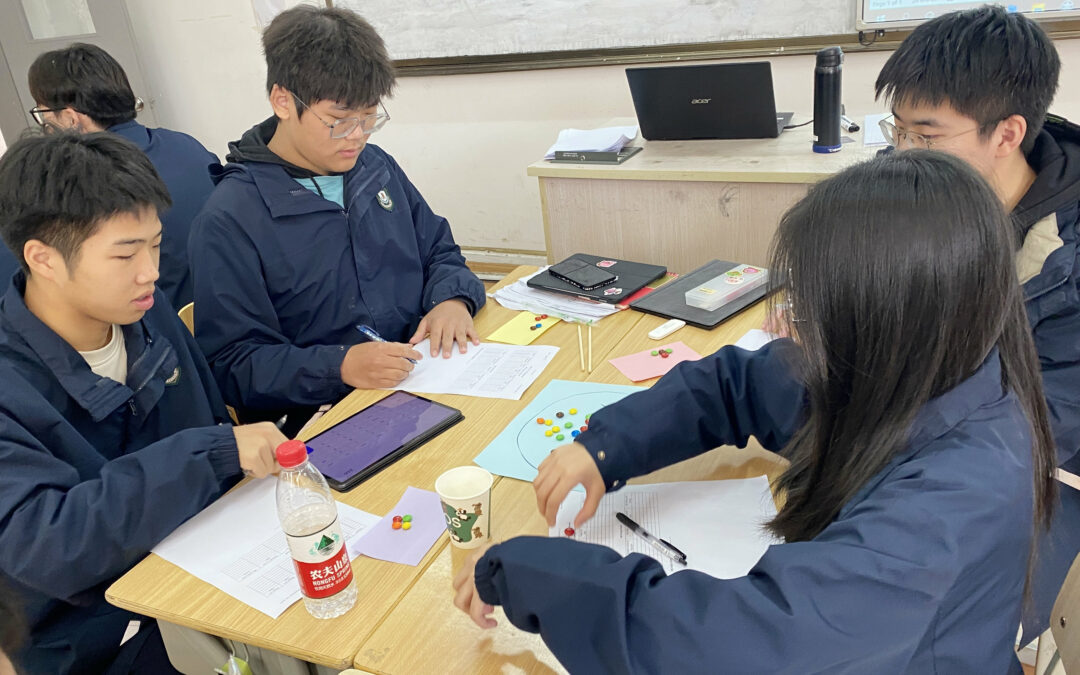 The fish pond game in economics in Jiaxing BCOS

By G11 Andy and Martina

As we grow older, knowledge of economics becomes more and more important to us. Economics has a wide range of applications in our future lives, and the study of economic subjects is not just for future professional choices, but a skill that needs to be mastered.

The way to learn economics is not only to master the written basics, but also to learn to apply it in practice. Organized by Mr. Wynnychuk, the Grade 11 class played a fish pond game in class to help students learn to apply their new knowledge. Five students formed a team to play the fish pond game, and the “fish” would be replaced by chocolate beans. The game is played twice, the first time the students are able to communicate with each other, and the second time will be played without communication.

Each student will have four fish before starting the game and an additional twenty fish in the middle of the pond. Students will take turns catching fish from the pond, but the number of fish they catch in a single round cannot exceed eight. When the students have finished catching fish from the pond in that round, they will “eat” two fish as a supply for this round to enter the next round. The next round of the game will not begin until after you have finished recording the fish left in your pond in this round. The remaining fish in the fish pond will be doubled in the next round, which means that the resources will be regenerated. Each student needs to catch as many fish as possible for his or her fish pond, and the student with the most fish in each group after a few rounds wins. During the game, students also encountered many problems, such as some students catching many fish at a time to monopolize resources, resulting in the students behind them having no fish to catch, so they will get less revenue. The students all frowned and tried to earn the maximum benefit for their fish ponds as much as possible.

After the fish pond game, many students said that it was hard to ensure that the fish in the pond would not be caught in a short time and destroy the ecological balance, but also to make their own benefits as big as possible. One group of students even couldn’t continue catching fish from the fish pond because the fish in the pond was too greatly reduced due to over-fishing in the first round, which forced the game to be terminated.

In the process of catching fish, students learned to apply their economic knowledge flexibly and realized that to learn economics well, they not only need to understand the concepts, but also need to know how to apply them in real life. The fish pond game in the economics class was a great success, and the students actively participated and enjoyed thinking about it, learning a lot about economics in the process.