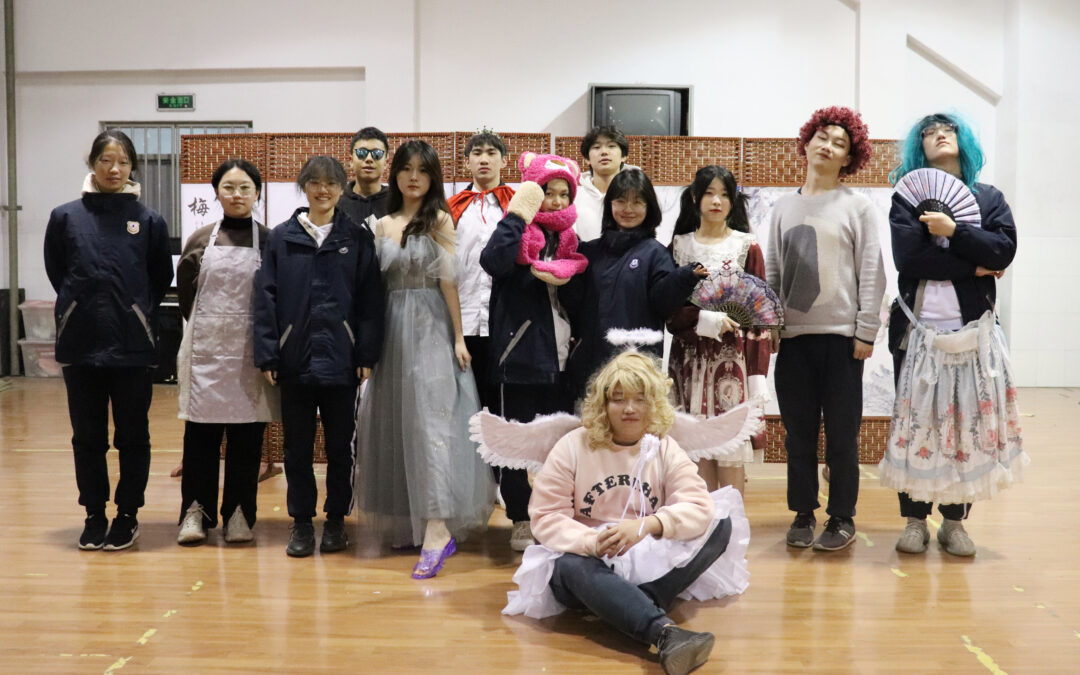 In many lifelike and vivid dramas, we always learn valuable life philosophies and develop great humanistic spirit. With the development of the ages, more and more classical dramas are remade and edited. Recently, students from Jiaxing BCOS cooperated together; they put on costumes, walked onto the stage, and played these classical dramas which have touched millions of people.

After one week of training, actors walked into the dance room with an eager mood. After the Snowy Owl house team members warmed up the atmosphere, the performance started.

The first group that came out is the Lynx. They bring the drama of Cinderella to us, which tells the story of Cinderella who kept kindhearted, even though she had suffered the affliction from her stepmother. Eventually she gains some help from magic and starts a happy life as a princess. Cinderella was played by Rosie, who makes the suffering life of Cinderella real in a delightful performance through a pure and sad crying scene. The Narwhal group brings us an honest story, the emotional interpretation of the group members told the audience a precious truth: The greedy man will become destitute. The group who gained the second place performed the drama of Snow White even more powerfully. The actress playing the witch: Joy, wore a black robe. No matter the style, performer or tone, the costume let the cruel and ruthless nature of the queen be shown decisively and vividly. The tragedy of Oliver Twist came to us from the Black Widow group, telling the story of the protagonist; Oliver, who grew up in an orphanage and experiences an apprentice’s career. He barely escapes and accidentally finds himself in a thief’s nest, and Oliver goes through countless bitter experiences. With the help of kind people, Oliver eventually finds happiness. The actress of Oliver, Lila, who has a short body, links his weakness with his humble status, making the audience feel deeply. The Snowy Owl members showed the classic fragments of Aladdin from the Disney cartoon. This portion described how Aladdin firstly had gained trust as a prince with Jasmine, the princess on the balcony and takes a magic carpet ride around together. The two main characters used vivid acting and graceful singing to constantly evoke calm from the audience outside the stage. The Polar Bear group earned first place in the drama festival, who edited the film Dead Poets Society. They tore up a test paper on the stage and the act of standing on their desks caught our eyes, which made all the audience members feel surprised. After they finished performing, students all understood that we should have our own ideas and don’t frame your thoughts.

Finally, we interviewed the grade 12 student Jennifer. She said that this drama festival was helpful for grade 12 students who learn English literature, and that it also gave them a better understanding of the literary genre, which is a way of integrating into foreign cultures. What impressed her most was that the team’s help in putting on the show.

Drama is not just a book, but can still make the audience laugh or make tears flow. With this drama festival, students bloomed enthusiastically on the stage and used their own way to express the heart of classic dramas.