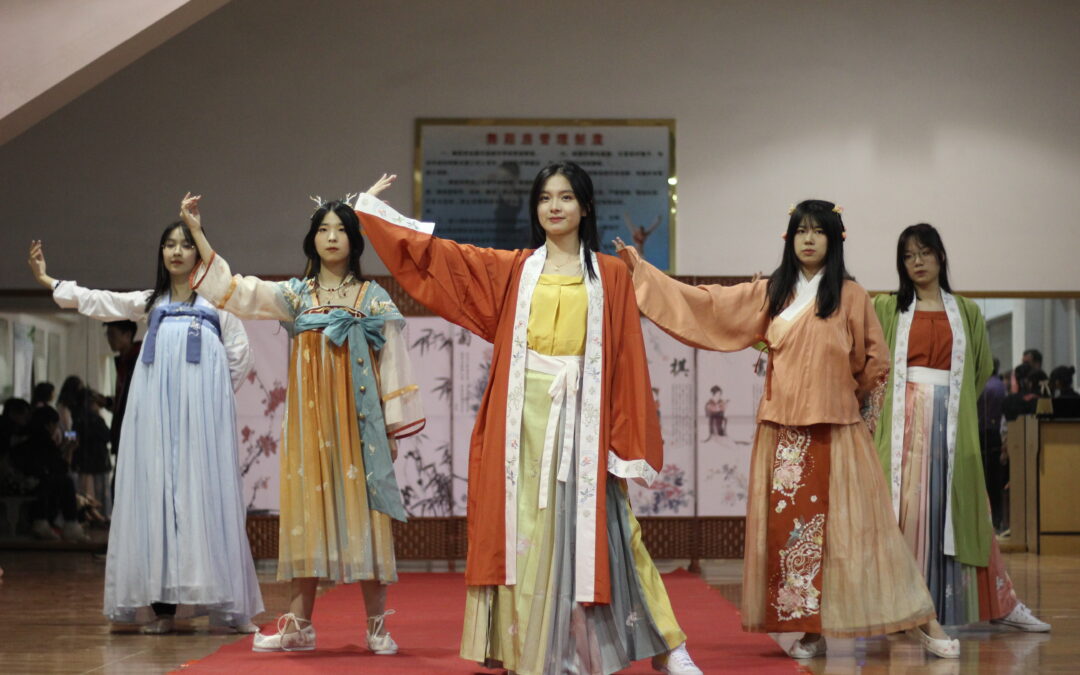 Autumn is extremely stunning. In autumn, there are no gorgeous spring or summer flowers on campus, but still the campus is enhanced by songs and jokes. On October 27th, Jiaxing Senior High School BCOS held the Annual Chinese Culture Festival.

The festival began with three interesting and lively traditional cultural events. In three different classrooms, the students in charge of the festival prepared Chinese knots, lanterns, and paper fans in advance, waiting for others to join in. With the ringing of the bell, the participants filed in. After the teachers gave a brief introduction to each different handicraft, the students quickly joined in making their own traditional crafts. Along with the melodious and soothing Chinese music, an exquisite handmade product was born. Student-created Chinese knots which shined in the golden sun with a good-looking luster. Colorful lanterns were accompanied by a variety of creative graffiti, and fans became the carrier of poetry…… In a short time, numerous creative and imaginative works were created, which was amazing.

Next was the exciting activity segment. Students shuffled quickly into each classroom. Students had the chance to try out pitch pot, Go games, archery, and ring sets. Each of the small games was fun and challenging. What’s more, the organizer prepared a classroom as a gift exchange area for students. After students met certain requirements, they redeemed prizes based on their points. The activity was in full swing, and the prizes in the reward area dwindled, which meant that the students had very good results in the activity.

As time passes quickly, the most anticipated part of the day was about to begin after lunch. The students had lunch early and dressed themselves up in the dormitory and teaching building for the Han Chinese attire show in the afternoon. The show was organized by dynasties, with students walking the red carpet in traditional costumes from different periods. Before the show began, the dance room was bustling with people, as if the students in traditional costumes had come out of an ancient painting. With the sound of the gong, students dressed in Tang and Song costumes walked the red carpet, some of them elegant, some of them looked like celestial fairies as if they’d come from the Tang dynasty or a Song Poem. At the last sound of the gong, there were fairies from Dunhuang, doctors, and soldiers fighting for the country. With their costumes and gestures, the students presented a picture of Chinese history and culture with different styles from different dynasties.

After the show, the last part of the cultural festival was the games. Students and teachers were involved in our idiom guessing and poem guessing competitions. In the idiom game, the host first showed the words to the first student, then the student used a performance to convey the idiom to the next student, until the final student said what they thought the idiom was. The rich body language of the students sometimes didn’t seem to translate the idioms well enough and made the audience laugh, everyone enjoyed themselves. Mr. O’Ryan, the principal, read out the English translation of tang poetry, and then students answered the translated poems. As the game began, as soon as Mr. O’Ryan finished his speech, the students rushed to the microphone to give their answers, and those who answered correctly left satisfied with their gifts.