Virtual Market in the Economy 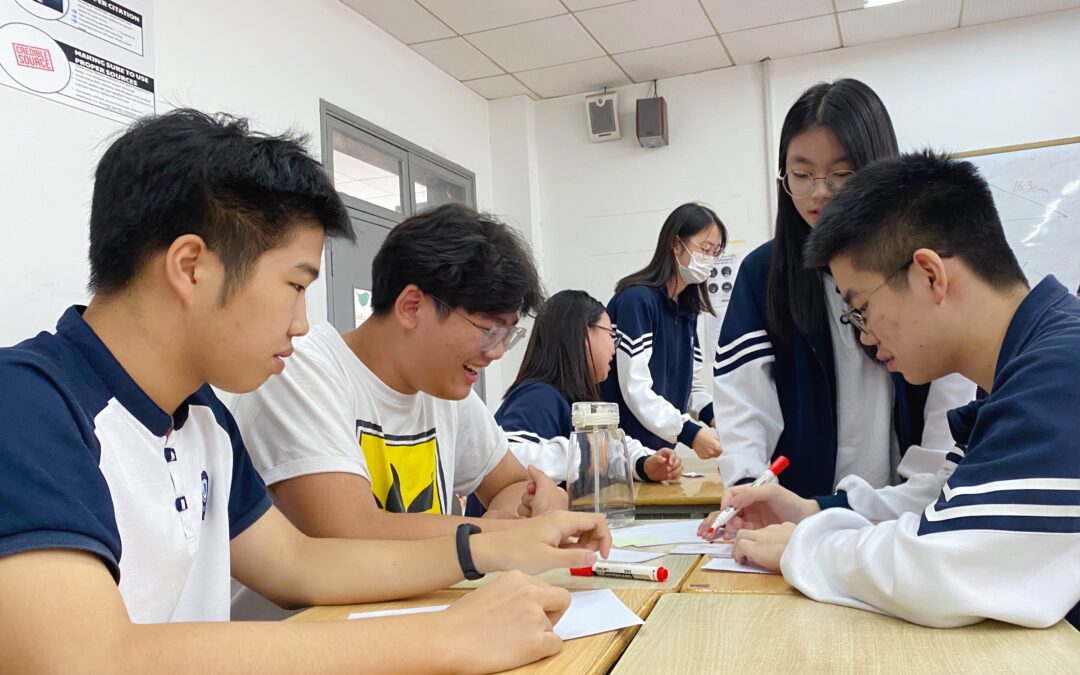 By G11 Martina and George

The economy is not just complex data and charts, it exists in our lives. Understanding the basics of the economy is important but learning to practice is also essential.

Recently, the 11th grade students held an interesting practice in the economic class. The students were grouped as in the speak up activity for the contest. First, each group sent representatives to other teams to determine the resources they receive with stone scissors cloth, and each group needed to make circles, triangles, and squares using the resources (scissors, rulers, gauges, and white paper). Different shapes means different values to the group. The tools of different groups vary; some groups are well equipped, so it is easier for them to achieve the goal, but some groups are more “chilling”, they need to trade with other groups to get tools.

The competition was very hot, each group was well organized tasks, some team members were responsible for drawing, others were responsible for tailoring or trading materials with other groups. Students were trying to use their knowledge of economy. Some students thought of cutting several pieces of paper together to catch up with other groups. Yang Yijie’s classmates said their group thought of ways to exchange money for equipment during the game, which allowed them to get around rules and turn the situation around. As the game drew to a close, the atmosphere became more and more tense; frowned tightly, students cut paper even faster, and the trader students unknowingly raised the tone. It can be seen from the transactions that students use the knowledge learned in the classroom in this “mall”, as they consolidate knowledge while also enhance the ability to practice.

This is Jiaxing high school’s lively and interesting economic class. Economic simulation activities let students inadvertently master the knowledge of the classroom, so that economics becomes closer to the their lives. Students enjoy the fun of activities at the same time, but also gradually learned to apply economic knowledge flexibly.