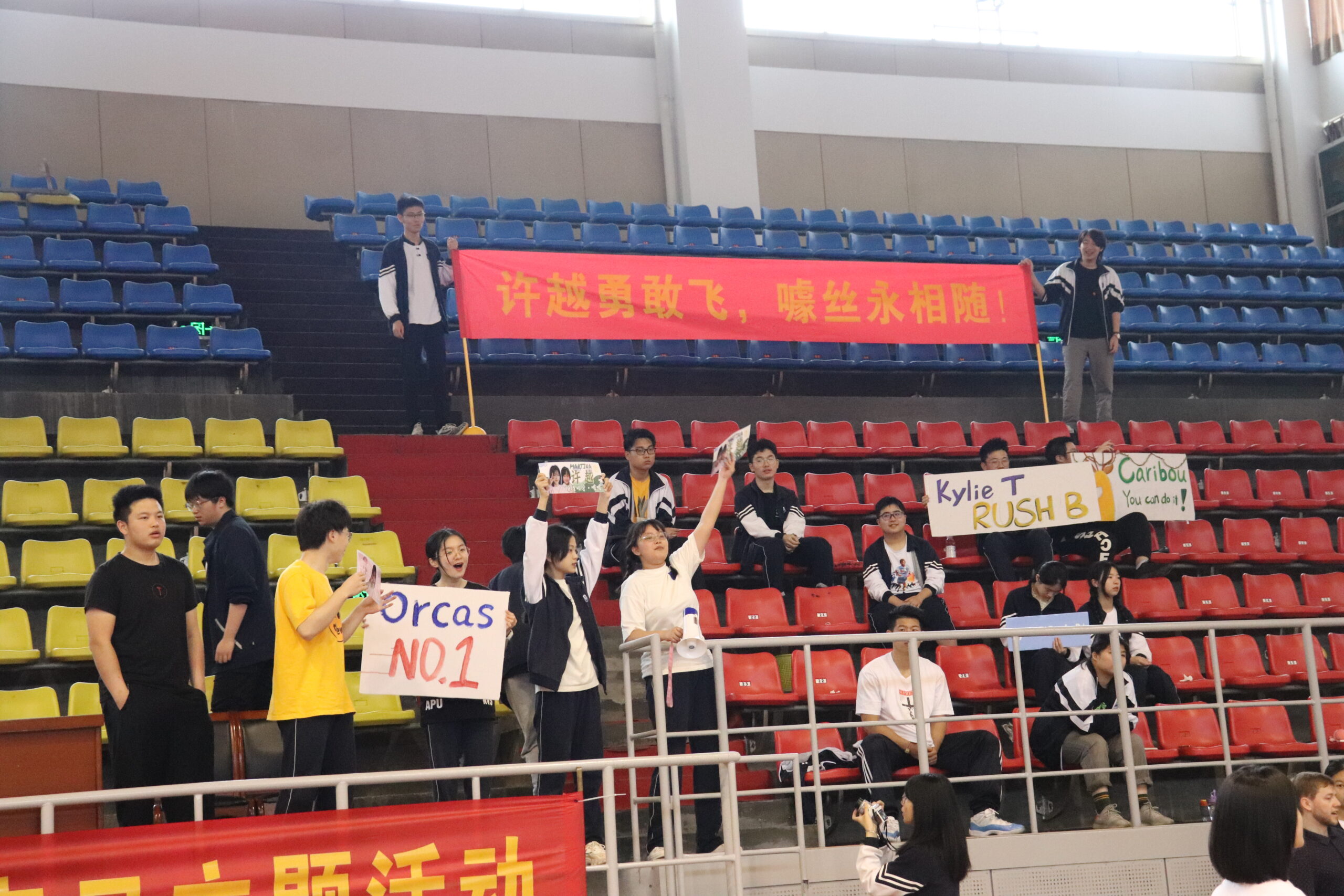 In May, during the late spring, a month-long sports competition was held at Jiaxing BCOS. On the morning of May 22nd, the gym was filled with students from different Speak Up groups. Each team made their own special help boards. The Caribou team was rebellious and unruly, and the Golden Eagles seemed to tell the opponents to be careful.

The competition was divided into four areas with four referees. Singles and doubles matches were played simultaneously. Classmates were fighting for the glory of their group, while the field of students was not idle. Smith of Team Caribou held up Kylie’s tag and shouted “Kylie T Rush B”. The whole place was filled with the cheers of all the teams. As a result, there was also a sportsmanship award for this badminton competition. The atmosphere of the game was pushed to the highest point, as students shouted cheers for one another. In the end, each group won the prize it deserved. Sportsmanship was imprinted on everyone’s heart. After the badminton match, all of the students and teachers played the game of guessing the name of the song. Our Canadian teachers would listen to the rhythm of the song and then hum it out. The students would then guess the title of the song. Some songs were very easy to guess, once the Canadian teacher hummed them out, and some students were quick to answer. However, some songs were less predictable. We stayed where we were until the song was over, not knowing what it was going to be. But everyone was willing to try, and it didn’t matter if they guessed wrong. We went on to play a game of stepping on the balloon. Six players were selected from each group, and then the two groups performed PK at the same time. Contestants would tie two balloons to their ankles and try to protect their own while popping their opponents’ balloons. At the start, the fierce competition began. The players began to use all their skills, constantly running back and forth on the field. Finally, all the games had ended, and everyone’s face showed the expression of unfinished satisfaction. Whether the game had been won or lost, this did not affect everyone’s mood to participate.

Then came the most exciting and interesting part. We raised money for cancer research in order to win the chance to pie the teachers, which meant we could throw a pie at the teachers’ faces. We had a lottery system, and whoever was drawn would get the chance to pie a teacher. All of the students waited to hear if the number was their own. The students who were called were excited and slapped the cream gently on the teacher’s face. Everyone cheered as they looked at the teacher’s cream-covered faces. Some teachers were lovely after this activity. Some of the teachers’ faces moved closer to the cream, as if to say: “more!” The faces of teachers and students were filled with warm and happy smiles. Finally, we had our perfect ending.

In the late spring, we bid farewell to May with the sweat we poured fourth for the game, while greeting the scorching sun in June with smiling faces. Everyone’s radiance will never stop, as long as we are on the path to pursue our own radiance, then the outcome must be long-awaited.